Before my partner Jiff & I formed Paragon, we were known as Xtra Large from our secondary school days. Anyway after we finished school & university, we were down with the UK rap legends Son Of Noise, and they put us on their album ‘Access Denied – Bullshit & Politics Pt.1’. The track we were on was a posse cut called ‘Keep It Goin Pt.2’ and we rode that alongside other acts like Scientists Of Sound, Jaz & Trell.

Bwoy this takes me back 4real! Just so you know the second rapper is Jiff, and Rap6 is the third rapper. “I give MC’s bloody noses, you know this/ I’m hardcore, more guns than fucking roses, you posers” Jeeeeeez way before Biggie Smalls said that rock line cretins! LOL.

Special shoutouts to my original BBoy fam, you know who you are. Southside stand up! 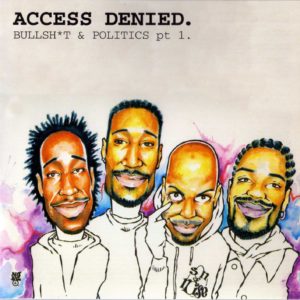